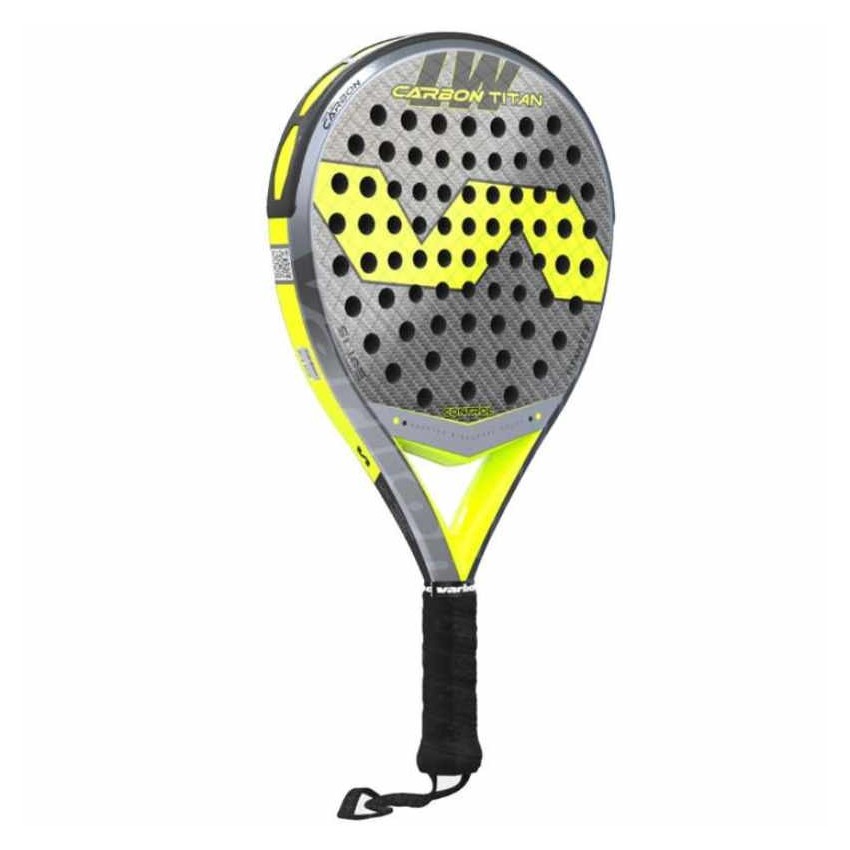 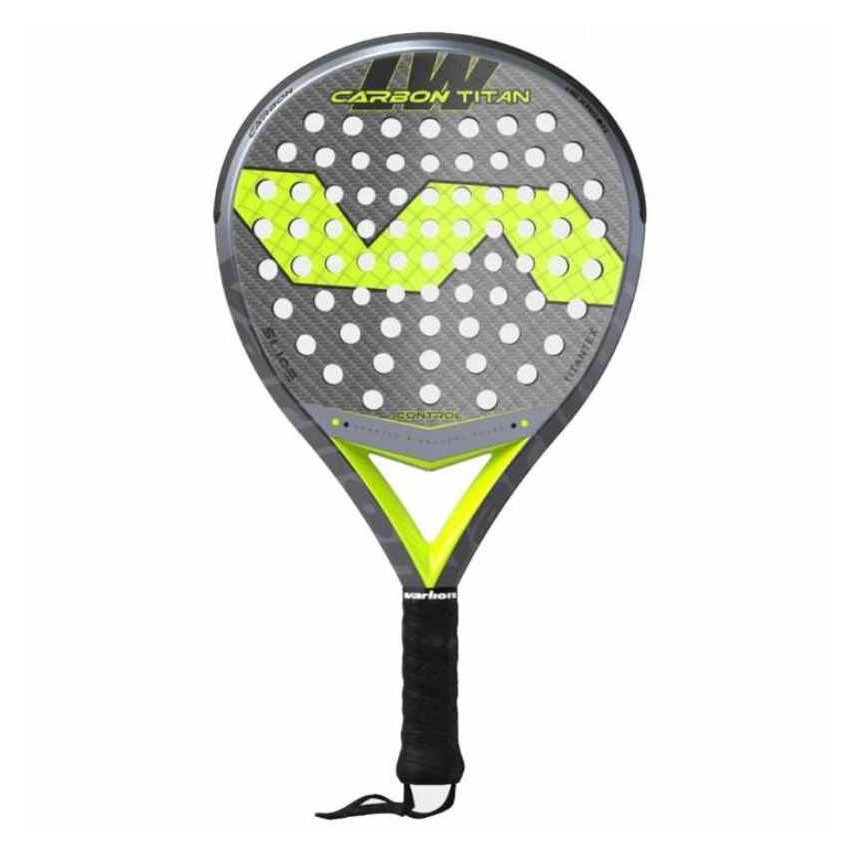 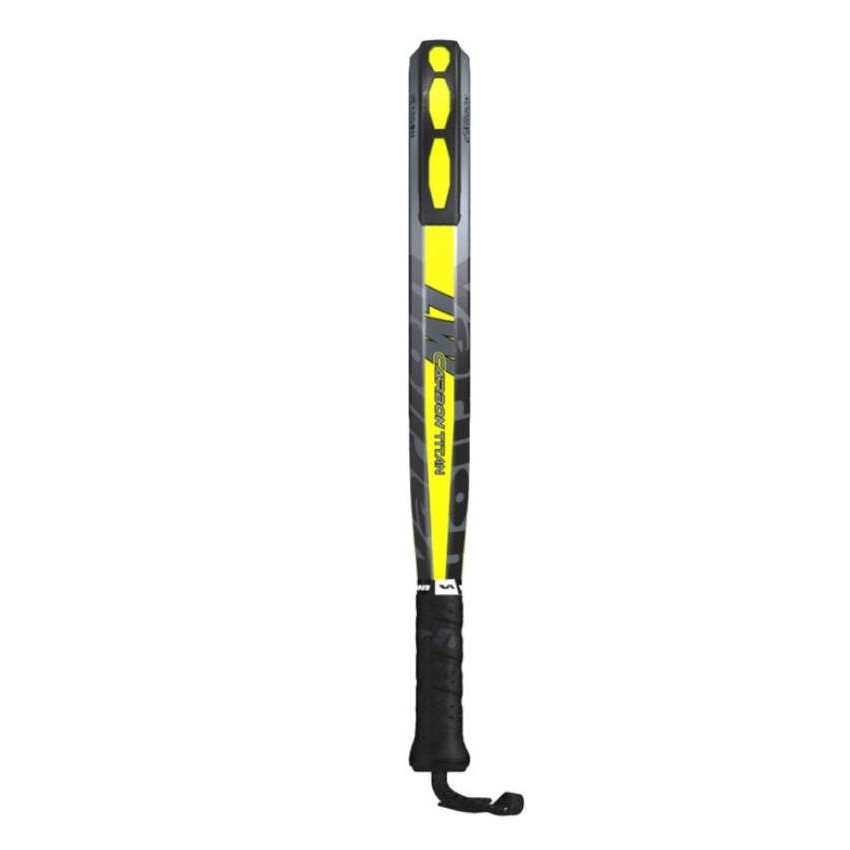 The Varlion Carbon Titan is a racket that all types of players will like, its round shape makes it a control racket and its construction and different technologies make up an exceptional racket.

The Varlion Carbon Titan is a racket that all types of players will like, its round shape makes it a control racket and its construction and different technologies make up an exceptional racket.

One of the technologies that most visually attracts the most attention is the so-called Adapted & Gradual Holes, which consists of the fact that in the hole in the plane of the racket, the external holes have a diameter of 13 mm and those of the interior 11 mm, the drawing of The drills are designed following the contour of the racket, resulting in a wide sweet spot and a more homogeneous stroke, which offers the player much more security in their strokes.

Its manufacture as in other models is by means of a bidirectional carbon tubular, the rubber used in the core is Eva Hypersoft of medium hardness and thickness 38 mm, this core is laminated by means of different Titantex and fiberglass fabrics impregnated with the VAR epoxy resin. VAR-FLEX with which maximum elasticity and resistance is achieved, all this is covered by a final layer of titanium dioxide.

In the finishing of the striking surface, the 3D direct screen printing system is used using SLICE technology, which produces a rough texture that favors the effects created when hitting or cutting the blow. In order to provide the racket with greater rigidity and resistance, it has been designed with a Hexagon frame that is accompanied by the Hexagon adhesive protector. This protector is made in a low-hardness TPU injection mold capable of efficiently absorbing the bumps and scratches that occur during the game. The use of this technology has allowed Varlion to reduce the weight of the protector by 50%, achieving its current weight of only 11 grams.

The Carbon Titan is a racket recommended for all types of players, it is versatile and easy to handle. 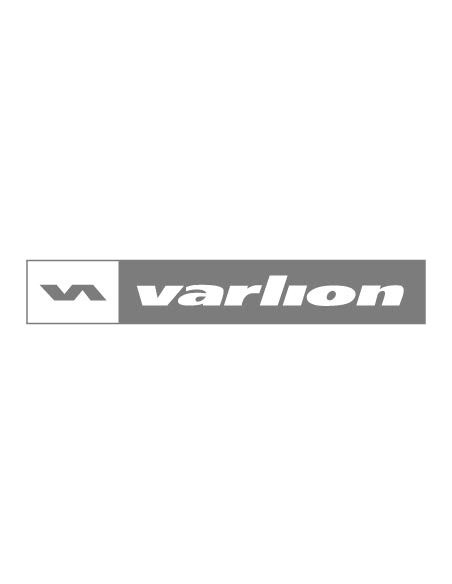 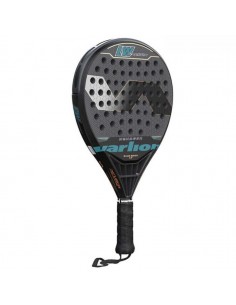 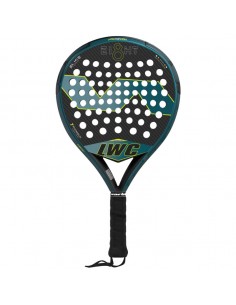 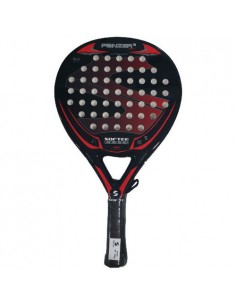 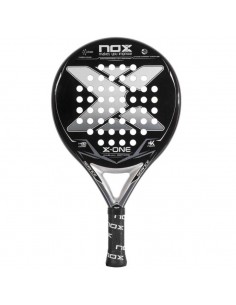 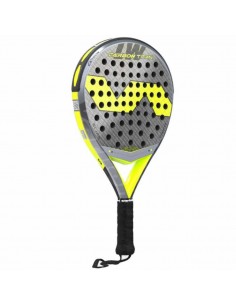 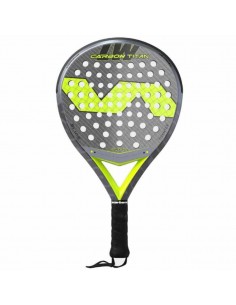 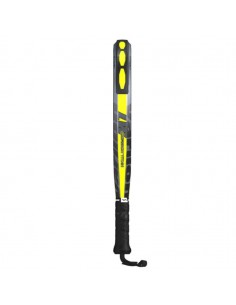